Hello, I'm Susan Flakes, I was named Grand Prize Winner 2018 of Black Screenplays Matter Screenplay Competition for my screenplay To Be Free, now titled Undaunted, and that screenplay was one of the few Winners of the prestigious Moondance International Film Festival Screenwriting Competition 2017. Undaunted is the true story of Harriet Jacobs, an educated, refined slave who hid in a crawl space for seven years. I did not renew the previous option on this screenplay. I now seek an executive producer who is as passionate as I am to tell the Harriet Jacobs Story. This screenplay also received superb coverage on the renowned Scriptapalooza 2018 Contest. See comments from that coverage on my Blog page. The screenplay is now produced by myself and Producer Arthur Nazzaro. We re-named the film Undaunted, given how undaunted our heroine, Harriet Jacobs, was.

I'm also offering my screenplay François Villon, the People’s Poet, a comedy with serious undercurrents, about a Fifteenth Century French poet, thief, and pimp who challenges a social and political order similar to our own. Among his contemporary fans: Bob Dylan. I include a Dylanesque character in my play, Bobby at the Hanging of Francois Villon.

Check out my bio in ﻿About Me and a description of my memoir, A Tale of Two Passions, in Susan's memoir. They include details on the work I did with major talent, including Stella Adler, Lee Strasberg, many top contemporary actors, as well as the  deceased Academy Award winners Geraldine Page and José Ferrer. I seek a publisher for my memoir. I also do copywriting. Do you seek a copywriter? Please scroll down to my Consulting information 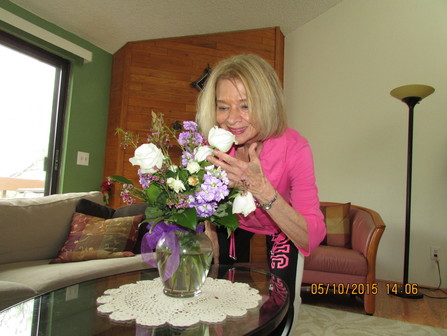 To Be Free, now titled Undaunted, a screenplay inspired by the life of educated, refined slave and activist Harriet Jacobs.

Francois Villon, the People's Poet, a screenplay inspired by the life of one of France's leading poets, and activists, who lived in the Fifteenth Century.

Bobby at the Hanging of Francois Villon, the play version of the screenplay, with a Dylanesque character inspired by Bob Dylan. His work is influenced in part by Villon. I have a screenplay for a short film of this story as well as a feature-length screenplay.

Laura and Ibsen, a play based on Norwegian writer Laura Kieler's  actual confrontation of Henrik Ibsen. He stole her life's story to create his most renowned play, A Doll's House, which destroyed her life.

In Boulder, Colorado, there was a staged reading of this play, which I directed, on May 18, 2017, at the Grace GammTheater, The Dairy Arts Center. The role of Ibsen was read by Chris Kendall (noted for his solo performance as The Poet in the renowned Boulder Ensemble Theatre Company's production, Homer's An Iliad)  The role of Laura was read by Tammy Meneghini (noted for her portrayal at the Dairy Arts Center of Maria Callas in Masterclass). These two actors also performed the staged reading which was chosen as a part of the Theatre Made in Boulder Festival (TMIB), The Dairy Arts Center, Carsen Theater.

That TMIB staged reading was on February 11, 2018, and garnered powerful positive audience response. The Theatre Made in Boulder Festival featured plays by local playwrights. I was proud to have had my play selected as part of this festival. I invited artistic directors of local theater companies, and hope for a production of the long version of this play one day soon. The long version of Laura and Ibsen starts with my translation and adaptation of the final scene of A Doll's House, by Henrik Ibsen.
SUSAN's Bio 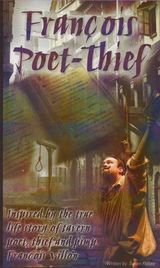 Francois Villon People's Poet
Another screenplay, François Villon, The People's Poet, a new version in development, is the true story of the great medieval poet, François Villon, whose poetry is moody and funny, and often effectively attacks Church and State. An earlier version won first-place in the Film Industry Network Contest. It speaks to our times.

​I am currently working with top script analyst, Bill Boyle, to put the finishing touches on this new version, which I’ve written as a comedy given Villon’s ironic sense of humor.

Bob Dylan is inspired by Villon's poetry. My play, Bobby at the Hanging of François Villon, includes a Dylanesque character. 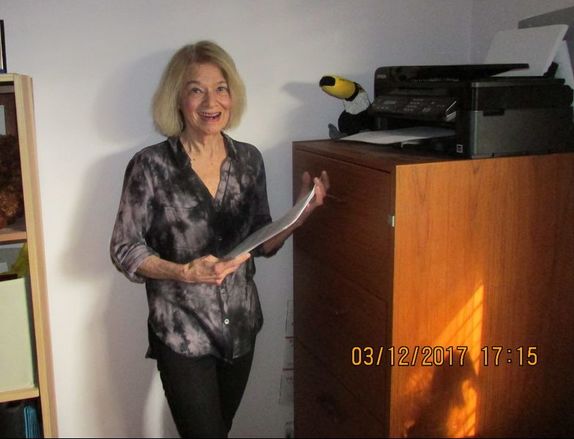 My memoir is now in development at the Colorado Writing School, now called Lighthouse Writers North (lighthousewriters.org ), with offices and classes in Denver and classes in Louisville, CO. And on Zoom. I am a member of a Lighthouse spin-off Memoir Group, headed by Shari Cauldron.

In About Me, I list many of the remarkable events in my life that I detail in my memoir, such as how I wrote my first play in Stockholm, Sweden. I thought the play would get me kicked out of Sweden because it took on the sometimes misogyny of their classic national playwright, August Strindberg. Instead, the play received rave reviews in all of Stockholm's newspapers. It was performed on radio theater, and toured throughout Sweden.

In Sweden I got in close contact with the Sami people, a peace-loving people that have survived above the Arctic Circle for several thousand years. I detail in my memoir how I learned from them the possibility in a society for males and females to be equal. The need in a society for a balance between the Feminine and the Masculine has become a major theme of all of my writing. My male characters honor their Feminine within; my female characters their Masculine within.

Also in my memoir I detail work I did in New York City, such as teaming with world-renown acting teachers Stella Adler and Lee Strasberg. Their studios offered classes to the students in my Department of Undergraduate Drama, which I chaired at Tisch School of the Arts, New York University.

I describe also a life-changing book, In Search of the Lost Feminine, about the Minoans, a technically advanced culture from 2000 to 1500 BCE, which practiced true partnership between the Masculine and the Feminine.

See my Memoir Page where there are photographs of some of America's foremost actors performing production-level readings for a theater I founded and artistic directed, Source Productions. I did translations and adaptations of plays by what I call the source writers, that is, the writers that created modern drama: Henrik Ibsen, August Strindberg, and Anton Chekhov. I directed those readings at leading venues, including Lincoln Center.

Stella Adler was on the Source Productions board of directors. The founding of such a production company was inspired in part by her book, Stella Adler on Ibsen, Strindberg, and Chekhov, edited by Barry Paris. 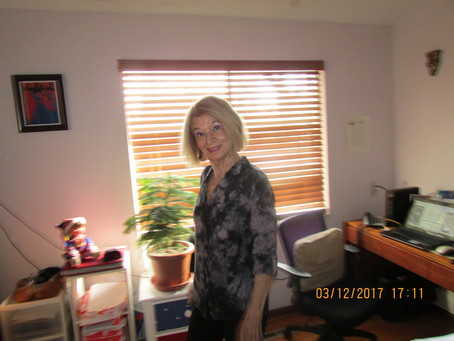 Do you need a copywriter?  I've done a lot of various types of copywriting, and enjoy it.

Such as reports that I wrote for an Admiral when I was a Naval Officer at the Naval Supply Center in San Diego.
​
And such as when I wrote reviews of hotels for Northstar Communications. Also, I would write effective emails of introduction before I would travel to review a given hotel, and, without asking it directly, I'd entice them to give me free lodging while I was reviewing their hotel.

Do you need help in writing persuasive emails or letters?

Or do you seek a script analyst for your fiction and/or non-fiction?

Please give me your needs and contact information on my Contact Page, and I'll get right back to you.