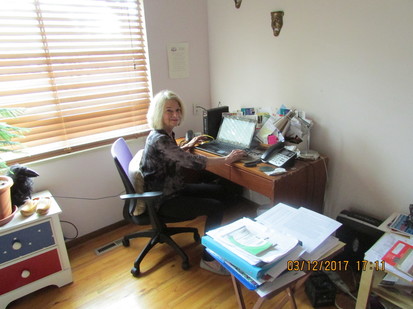 Working on my memoir
I've worked with so many talented and committed people in my life that at the heart of my memoir are stories about some of my most memorable experiences with them.

See below for some of the photos of foremost actors putting themselves totally into the reading they are performing. To see the names of the plays and of the actors, place your browser on the photo. Also, take advantage of the gallery, and click the arrow on the side of the photo to see the next photo.

Also central in my memoir is my work as a chair at New York University with world-renown acting teachers Stella Adler and Lee Strasberg, and my creation of the now world-renown Experimental Theater Wing.,

I also describe how I became a playwright in Stockholm, Sweden, and then a screenwriter living and working in the greater Los Angeles area; why and how I left Los Angeles, and yet continue my career as screenwriter and playwright.

I presently call my memoir Undaunted, which remains the central theme in my memoir, about how undaunted I had to be to succeed in nearly impossible endeavors. I also describe how little by little I learned to value what I finally learned about the Feminine, so hidden in the Patriarchal societies we live in. At the heart of my work is what I have learned about how we humans must balance the Masculine with the Feminine in order to survive as a species. I know such a balance is possible. The Sami people that I spent some time with above the Arctic Circle in Scandinavia have lived in peace and harmony for more than two thousand years. And the Minoans that thrived from 2000 to 1500 BCE were lovers of nature, and never experienced war until the Greeks took over their culture and named their island nation Crete. I am presently also working on a sci-fi movie, The Minoan Connection.

After I awakened the Feminine in myself, I then focused on writing screenplays and plays, and stories, that demonstrate the value of the Feminine. That each person, each society fares much better once the Feminine is in equal balance with the Masculine inside each person, and inside a society as a whole. The Feminine is peace-loving, nature-caring. Pure Masculine without Feminine strength is war-mongering and nature-destroying.

In my memoir I share how I went from living in a loveless family to living in a loving family when I left home in my senior year to become an American Field Service foreign exchange student in the Netherlands. The love I found in that Dutch family still feeds me. I email and visit my Dutch family often. Their love for me helped me in the earliest stages of my development to begin to understand, and to embrace the Feminine.

Below are moments captured in photographs of readings of plays by the Fathers of Modern Drama: Strindberg, Ibsen and Chekhov, at major New York theaters, performed by foremost American actors. I founded the company that performed these readings, much applauded in THE NEW YORK TIMES, and translated some of the plays, and directed all the readings. 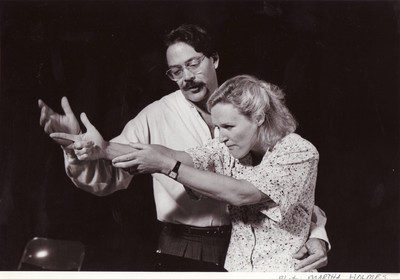 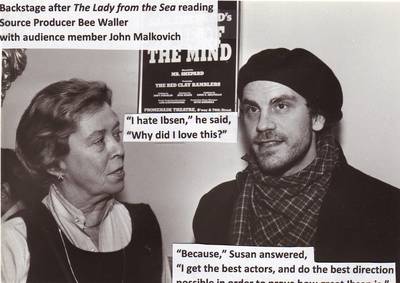 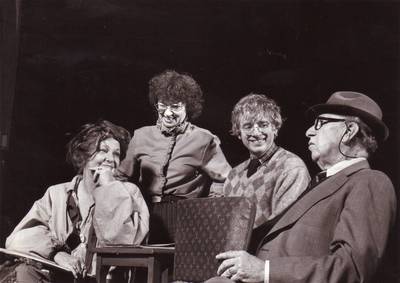 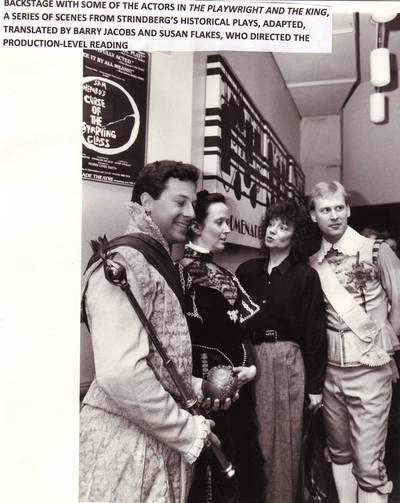 Backstage with actors that performed a reading of a collage of Strindberg's plays about kings of Sweden, adapted by Susan Flakes and Barry Jacobs 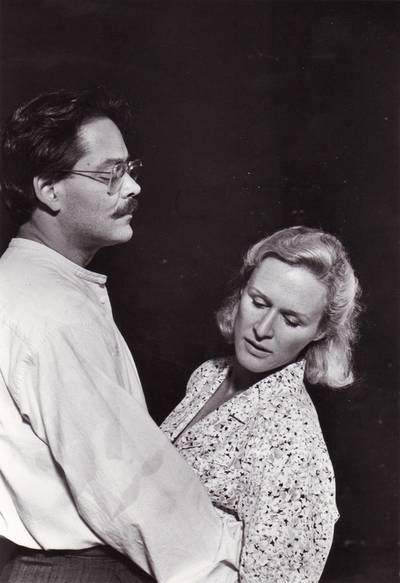 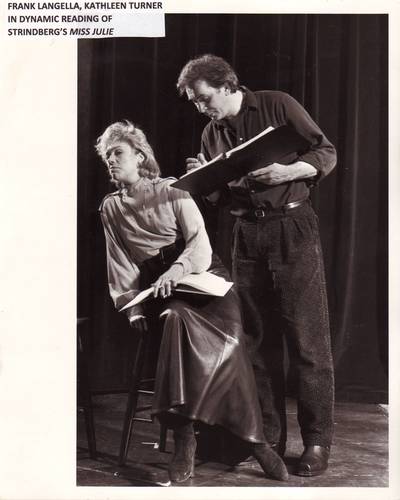 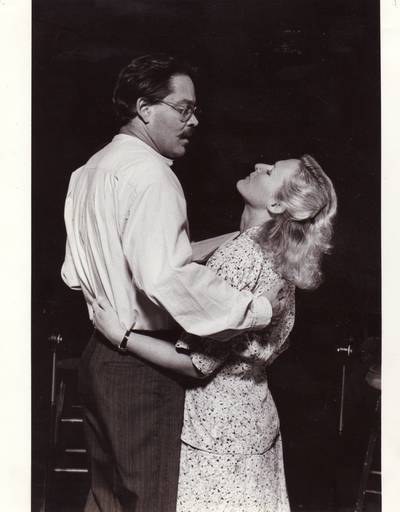 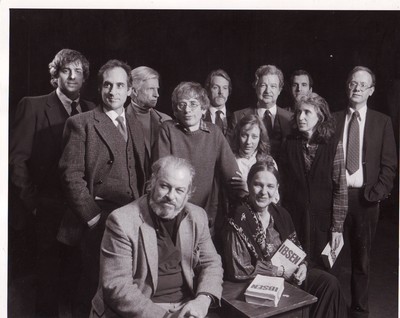 Cast of reading of Ibsen's The Wild Duck 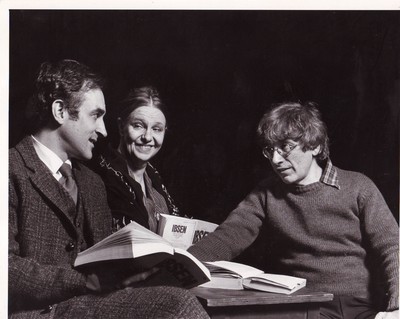 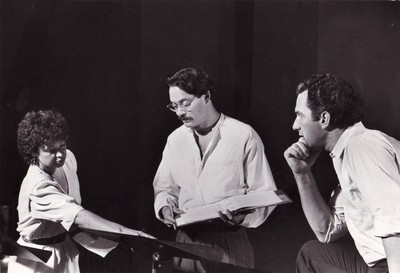 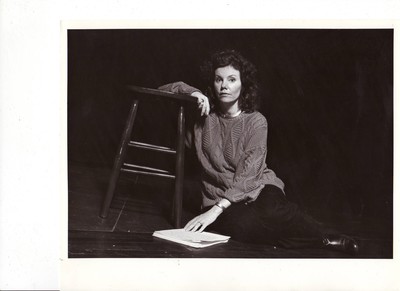 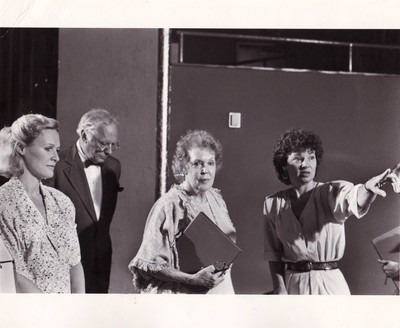 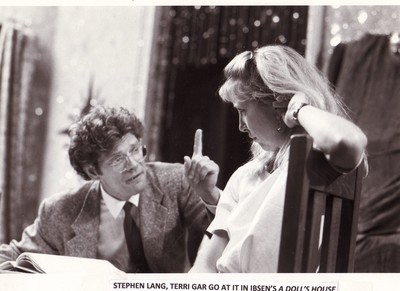 Stephen Lang, Teri Garr, reading of Ibsen's A Doll's House
Photos of rehearsals of production-level readings of plays for Source Productions, New York, a theater company that performed in top venues including Lincoln Center, and starred leading actors. Named Source Productions because it performed plays by what I termed source writers, that is, the three playwrights that laid ground for all of modern theater and film, Henrik Ibsen, August Strindberg, and Anton Chekhov. I was delighted to learn how many of our actors love the work of these writers, and so welcomed the opportunity to do just a reading of their work. Audiences were equally delighted to see how brilliantly these actors brought such great plays to life.